Kos has worked in infosec for most of the last decade, bouncing between web security consulting at AppSec Consulting, corp and product security at Tesla, and pentesting at Lares Consulting. He has previously spoken at the best security conferences in the world such as Toorcon San Diego and Toorcon Seattle Appearances at Derbycon, DefCon, and BlackHat too.

There's a joke about hating money and working for a government entity, but really he was just interested in some of the unique problems government faces. 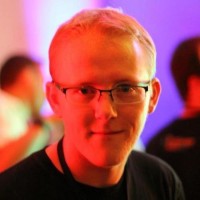 Why do local governments constantly get compromised? What I've learned after leaving my glamorous pentesting job to join a local municipality.

Get trapped with Kos at Belmont Park's Escapology. Includes The C0d3 and Budapest Express rooms back to back. This activity has a fee for use of the rooms. Make sure to register before spots run out: https://www.universe.com/events/toorcon-twenty-one-san-diego-2019-tickets-san-diego-M6SPYH

Check-in at the bar in the Tower Club